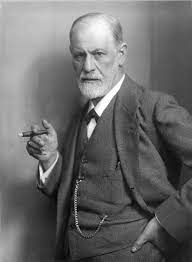 Beating and watching others being beaten are also especially associated with slavery and serfdom, and it is worth noting that both Stephen Neill and John Smyth beat young men whilst Neill was in Kenya and Smyth in Zimbabwe and South Africa – this adds a further dreadful dimension to their abuse linked to colonialism.

Why bother to dress all this up with apparent theological justifications by for example abusers quoting bits of bible verses here and there before administering beatings. At one level this is a form of defence by such perpetrators – a rationalisation or reasoning that in some way explains their sadism as an act of Christian charity. There is a narcissistic and omnipotent identification with the punishing god – Jesus had to die for our sins so as to bring us back into relationship with God, so the person has to be beaten to be brought back into ‘right relationship with god’ as judged by the abuser (or with the abuser who seems to be god).

The penal substitution theory of the atonement can be then used to justify punishments, whereby like Jesus the person is punished to satisfy God’s wrath, or jealousy,  and sense of justice or revenge. This theory of the atonement is a development of the Reformation (favoured by the evangelicals) and has a different emphasis than the Catholic satisfaction theory in that God is not satisfied with a debt of justice being paid by Jesus, but that God is satisfied with punishing Jesus in the place of humankind. As Stephen D. Morrison explains Jesus is punished (penal) in the place of sinners (substitution) so meeting the retributive requirements of God’s justice. In other words, Jesus died for legal satisfaction and a bloody sacrifice needs to take place.

It’s not difficult to see how the power and persistence of powerful, internalised figures contribute to projections onto the punishing God. The real inner work is to develop faith in the loving and merciful God who can provide deep healing to past traumas and deprivations. A God who is not fickle and moving into violent and vengeful actions, but who remains a compassionate and forgiving Presence. The real outer work is for religious groups to collectively believe and trust in this vision and react accordingly.