Reading about the punishment beatings given both by Peter Ball and by John Smyth, apparently justified by theological teachings from the bible and seen as integral to their particular interpretation of Christianity, has led me to have another look at Sigmund Freud’s paper on ‘A Child is Being Beaten’. It was written in 1919, but contains some thought-provoking ideas about this disturbing sado-masochistic phenomena.

Both these men, and there are others, had a passionate investment in beating – some like Peter Ball also wanted to be beaten. It’s seen by Freud and indeed by more recent commentators such as Leonard Shengold as a sexual perversion often employed to deal with repressed homosexual longings that may paradoxically include a desire for tenderness. Whilst sado-masochism is an essential part of human nature, it is not usually overtly enacted, in other words we may have the fantasies but they remain as such. Freud asks the important questions: ‘why do we want to hurt others and why do we want to hurt ourselves?’ ‘How do such wishes become subject to a compulsion to repeat?’ ‘How do they get sexualised?’ Sexual excitement in wishing, actually watching or actually causing the suffering of others is a puzzle. For many it seems especially disconcerting in religious settings, but, sadly, that is where obediance and punishment are preached about whilst the sexual side is hugely repressed and denied.

In everyone’s early psychic development there are aggressive and sexual impulses (both of course human traits and both largely disapproved of by Christians). Despite the evidence all around us, it is still hard to easily accept the destructive and aggressive inherent part of human nature. It is much easier to emphasise the invariably present environmental contribution – poor parenting, social forces and for some religious groups, bad supernatural forces – reasons that can explain away the behaviour. The tendency to see evil as coming from without rather from our destructive nature is quite understandable. Christians are often especially reluctant to look into the darker corners of the mind, but it might be helpful and could certainly help understand how this sort of practice gets established in certain religious groups and links with the punishing god.

The beating is essentially a way to transiently overcome the usually strong associated feelings of disgust, anxiety and disapproval connected to sexuality. Certainly, what Shengold calls ‘soul murder’ ‘abuse and neglect in childhood at the hands of diabolical parental figures’ usually lead to what he calls ‘traumatic intensities of feelings’ – the degree of these depends on our inborn and developed vulnerabilities and weaknesses. In turn these often lead to a compulsion to repeat traumatic situations that are full of sadomasochistic impulses. In other words, we invariably find ourselves back in the same sort of relationship or situation that is similar to original traumas. 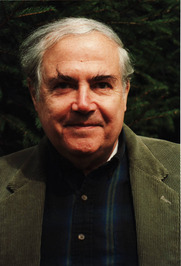 One idea is that we do this in order to try to achieve a ‘better’ outcome – so the past can be resolved. However presumably the repetition also leads to more repetition for its own sake. Therapeutic work would be to give up the sadistic replacements we seek in the outside world and appreciate that they belong with the internalised sadistic parental figures. Some religious groups collectively project these onto the punishing god who needs to be placated by our sacrifice, as he was placated by the sacrifice of Jesus Christ.