In 2013 I gave a talk exploring Thomas Merton’s ideas on sanity and spiritual sanity. I’m going to take a few of the ideas from that paper and then in later blogs look at a couple of examples of ‘mad’ men and ‘mad’ women who may have been deemed insane by society, but who demonstrated spiritual sanity and great awareness.

In 1913, Albert Schweitzer as part of his doctoral thesis undertook a psychiatric study of Jesus and, against the opinion of a number of eminent psychiatrists concluded that there was insufficient evidence to pronounce Jesus insane. However, he could give him the benefit of the doubt only by discounting much of what he seemed to mean, and by culturally relativizing his world view. Jesus was counter cultural – he might have been spiritually sane but was he insane in the eyes of the world … In contrast worth remembering is that during the trial of Adolf Eichmann he was judged to be sane, suffering apparently from no guilt and no anxiety about the actions he had committed during the Holocaust.

When Thomas Merton raises the question of what constitutes sanity, he is not speaking just of individual emotional health but also of the influence of society and what is judged to be sane/insane in that context. Merton’s observations lead him to the thought that it is those deemed sane who are the most dangerous, and who, without any qualms or second thoughts, can initiate warfare and press the nuclear button. The sane will justify their actions with perfectly reasonable logic, and so there will be no mistakes. As Merton puts it, ‘They will be obeying sane orders that have come sanely down the chain of command’.

Such sanity does not mean that such people are in their ‘right mind’, and it is here that Merton introduces the idea that sanity can have no meaning where spiritual values have lost their relevance. If we are ‘adjusted’ to a social environment without belief in actions of love, empathy and compassion towards each other then we may still be seen as sane by society, and this certainly can include those who are religious who only adhere to words. Merton makes a plea not just for spiritual values, but for a spiritual sanity that includes anxieties and doubts, admits to contradictions, anger, guilt and an awareness of absurdities.

Sanity is a difficult word to define. The psychoanalyst Adam Phillips says that the word, ‘gathers up in its own furtive way, a vast number of mostly tacit preferences and assumptions, of prejudice and ideals about what we think we should be, or should be like when we are at our best’. Sometimes it appears that sanity, as in the judgement of Eichmann, means complicity with everything that is most dehumanizing and most deadening.

As R. D. Laing put it, pseudo-sanity or false sanity is ‘an estranged and estranging integration of bits and pieces of compliant but efficient adaptation to a world we are terrified of… we have been seduced or tempted by false gods’. 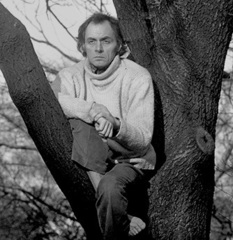