There are other characteristics of psychodynamic therapy that resonate with aspects of Judaeo-Christian faith and one is the idea of the wounded healer. No one gets involved in this sort of work unless they are in some way wounded. The key issue here is to be aware of it, which is why personal therapy is a requirement and the ongoing commitment to self-knowledge and self-examination is central. Taking ‘the log’ out of our own eyes’ is the priority before rushing to remove the speck from someone else’s – to paraphrase Jesus (Matthew 7, 3-5).

This links with the motivation behind doing the work. I like the account from Gerald Priestland a previous BBC religious affairs correspondent who said he was converted on the couch of a mid-European Jew. Chris MacKenna says whilst this is a wonderfully teasing statement, he thinks it is about how on the couch, Priestland learnt the meaning of grace as a deeply integrating experience – freely given, unmerited love. MacKenna also comments that to want to pass on this love is understandable, but this is where self-knowledge comes in, and he quotes the memorable comment by C.S. Lewis about the person who went around doing good, and you could tell who he did good to by the hunted look in their eyes!

In psychodynamic work we agree to keep to the function of the work so we behave ‘schematically’ – there is technique and arrangements, but there is also acceptance and a genuine depth of feeling – linked here to St Paul’s hymn to love in Corinthians 1, 13, v 5, which includes the sentence translated rather literally as ‘love does not behave itself a-schematically’.

The idea of accountability in therapeutic work can be seen to resonate with the idea of judgement – here this is only condemnation for those who are wilfully perverse rather the more usual meaning of judgement is ‘sorting things out’. Most believers and therapists would expect to give an account of their thoughts, actions and words albeit in different contexts.

Is it too much to suggest that depth psychology is a form of redemption – we need others to help us on the journey to wholeness? As in religious belief we accept that we cannot manage by ourselves – the psycho-spiritual journey begins with the appearance of another who is prepared to stand with us. Redemption by love is about the shared cost of the therapeutic endeavour and the power of really being seen by another human being who accepts the uniqueness of our being. As with Christ ‘then I will know fully, even as I have been fully known’ (Corinthians 1 13, v 12). 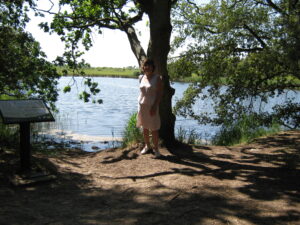