The idea of internalizing an experience of being with a therapist is a powerful one – it’s a gradual process of taking in the core values and attitude of our therapist. It’s a bit like being a young child with parents, but there is not the same imbalance of authority and often the attitudes of the therapist work to soften or change the values we grew up with. After a good therapy has ended it is often as though the therapist or counsellor is living inside us – still available as a reference point – though as Chris MacKenna adds there is now what joy – no fees. In psychodynamic work we are being opened up to the unconscious processes that we may have been unaware of before the psychodynamic work took place and that were inhibiting and hurting us.

Here there is a similarity with the disciples’ discovery after the resurrection which was that the Spirit of Jesus whom they had lived alongside was now dwelling within them. The Holy Spirit or the Spirit of Jesus became the internal inspiration of the Christian life.

Carl Jung was critical of Christians who tried to imitate Jesus rather than live their own life to the full which would in Jung’s view be the true way of following him. I like the way Chris MacKenna explains here the helpful use of Winnicott’s idea of transitional space which can be found between the therapist and the person they are seeing and between the believer and Jesus. In this space the distinction between ‘me’ and ‘not me’ is clouded and some mysterious process of exchange takes place. So, there are powerful processes of identification and internalization that leave both parties changed.

There is though always the shadow side to this, so we might also internalize the prejudices and blind spots of the therapist alongside their creativity towards unconscious processes and events in the external world. Similarly, as a believer we inevitably take on much extra baggage usually this has next to nothing to do with God and more to do with the community, family or religious group.

In both there is the on-going need for self-awareness and openness to find the true ‘spirit’. 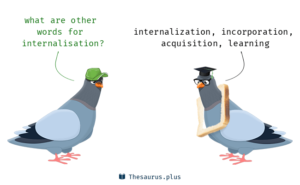