In the next few posts, I am going to take a few quotes from Carl Jung, and reflect on them from a psychological and/or spiritual angle.

This is the first:

It’s easy to stay stuck in a particular way of thinking – perhaps especially as we age. There is a security and safety in the familiar beliefs and opinions. But sometimes there is insight and suddenly there’s a new way of looking at things – if we can be open enough to appreciate it.

In psychoanalytic work it’s usually quite hard to move away from the tradition you were trained in – it’s the same in religion, and this links partly with a sense of belonging. So, we can say: this is my group, and, I can call myself one of them – we all think the same way. However, we can be influenced into new ways of thinking by someone we respect and admire – a supervisor perhaps, or in religion an inspiring book or speaker or in both contexts through direct experience.

In this example, Anne Alvarez, a child analyst, describes how her thinking was radically changed by a new supervisor: Dr H. Sydney Klein. She describes how when he referred a little boy to her who was in despair about not being able to fly paper aeroplanes, Sydney Klein seemed to take for granted that she would see flying not as a manic defence against depression (as from her analytic tradition), but rather as a natural and desirable expression of exuberance, hope, life, and ambition. Alvarez says: ‘I was appalled – where had I got the idea that ascent to the heights should be equated with mania and remaining in the depths with gravitas and mental health?’ – the answer was from her specific training orientation.

Inspired by Sydney Klein she went to him for supervision of a 10-year-old highly disturbed boy, Richard, who had suffered early abuse and neglect and whom she had already seen for 4 years. Over these years she felt the boy had become less psychotic, but he was now intensely preoccupied with phantasies of sadistic attacks on small animals – and had begun to act on them. Colleagues linked to her training tradition had suggested this was not unusual, and she had worked following her established views on the need to put the boy in touch with his deepest hatreds, guilts and anxieties – often emphasising his destructiveness and so seemingly accusing him of being totally responsible for his painful reality.

Hearing all this Sydney Klein asked Anne Alvarez why she was persecuting the boy with such cruel interpretations,

‘He added that the child probably felt that his vulnerable infantile self was feeling very attacked by this, and that he was probably in identification with a persecutor when he was attacking small animals.’

She describes how she then stopped persecuting Richard and he began ‘to soften very quickly!’ She saw the humanity and the breadth of this change in theory and technique, and writes that she spent the next thirty years trying to understand the implications of the different focus. Anne Alvarez could now see the desperate attempts of this child to overcome and recover from early states of despair and terror, and in the last 2 years of his treatment following the influence and new thinking Richard ‘became far more collected and together and civilised’. She adds, ‘it is still painful, however, for me to read these early notes.’ 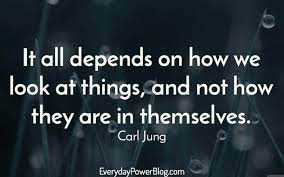