The final theme that has emerged over the last two years is linked to the individual and the group. Some people have welcomed the chance to retreat – to become insular, a hermit and apart.

There was something rather wonderful about the first lockdown, despite the fear and uncertainty, the paranoia, and, the knowledge of our self-destructive nature, which was the enforced solitude and the cessation of the way life had been. The roads were empty, the birds could be heard, and no one was expected to go out or meet up. It was sanctioned separateness; permission to be introverted.

The Desert Mothers and Fathers chose reclusion giving away and pursuing religious perfection through developing a desire for austerity. More recently others have made a decision to escape from contemporary life with its monetary emphasis and spiritual emptiness. The pandemic enforced seclusion and reclusion. However, by the third lockdown in the UK it seemed harder – there was depression at the relentless feel and the never-ending emergence of new variants. Donald Winnicott, the child and adult analyst, wrote about our capacity to be alone in the sense of already having had the experience of a good relationship embedded in the psyche. The establishment of a good enough early experience provides what Winnicott calls ‘a sufficiency of living ‘so that one is able to rest contently even in the absence of external goings on. ‘Maturity and the capacity to be alone implies that the individual has had the chance through good-enough mothering to build up a belief in a benign environment.’

We can be introverted and alone and reclusive, but there is always a need for others which has its roots in infancy. Research on people placed in solitary confinement alert us to the great psychological damage that can take place. After all, we need one another to have a sense of who we are, we need a sense of ourselves in the collective. Coming out of lockdown led to a certain wariness, but there was also re-connection a reminder that we are fundamentally social and part of the collective.

The pandemic led individually and collectively to a deep sense of loss – unable to ‘carry on as normal’, to go out, attend meetings face to face, see friends and family. We were directly confronted with our mortality and vulnerability, exposed to sadness and grief with daily figures on infections and deaths. There was the loss of the illusion that in the wealthy west disasters don’t touch us – hurricanes, tsunamis, wars, and, earthquakes all happen elsewhere, but the pandemic changed that perception and increased awareness of our vulnerability. The long term effects of such experiences are still to emerge. 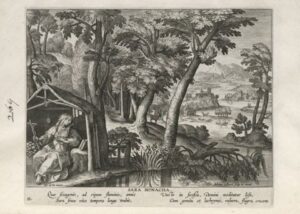 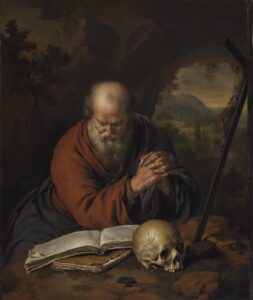 Two images of hermits praying in the wilderness

The psycho-analyst Wilfred Bion said that we are extremely dangerous animals:

‘of all the ferocious animals that inhabit this earth the human being has succeeded in killing off all rivals – except the virus. At the end of the First World War the ‘flu epidemic killed off far more people than had been killed in the war. For all our wonderful destructiveness we are nothing as efficient as the virus.’

He was speaking in New York in 1977, but his thinking is once again confirmed by covid -19.

The back drop of the pandemic is caused by human destructiveness that has facilitated the emergence of the new virus – so as we cut down our forests, decimate wildlife habitats and destroy the planet so we contribute and join forces with destructive viruses to make a deadly blend. Or, the other theory, as we develop biological weapons and toxic poisons – so some escape or are leaked out into the environment. In both situations, Freud’s idea of the death drive is relevant. The knowledge of our self-destructive behaviour or slow suicide as a species is usually accompanied with depression. This is a depression associated with the knowledge that we are participating in this destruction – as if we were powerless to change or change the way that the seemingly inevitable is happening. Last year the COP-26 talks became over-invested in hopefulness, and then it was the destructive business as usual.

Although contemporary psychoanalysts seem largely uninterested in Freud’s thinking on the death drive it is hard to dismiss it both at the individual level and the collective given the self-inflicted destruction fuelling climate change and the release of future pandemics. By definition the news is negative where all is chaos, death, destruction, conflict, tragedy, and, human agony through war, genocide, geopolitical atrocities, and, the actions of self-serving narcissists. The cumulative effect on us is sobering when faced with the implications.

Yet, despite perpetually threatened with disintegration through death and aggression the opposite always emerges which is love and life – people fall in love, babies are born, spring comes, and nature shows resilience. Love is part of caring for others – we are weak on our own and cooperation results in our being creative which can act as a balance to the destruction. As Carl Jung explained if we can hold and ultimately integrate the opposites instead of projecting them onto others, the negative becomes modified and provides energy for the positive.

‘Today I have given you the choice between life and death, between blessings and curses. Now I call on heaven and earth to witness the choice you make. Oh, that you would choose life, so that you and your descendants might live!’
Deuteronomy 30, v 19. 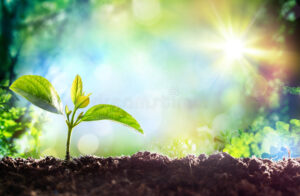 Another, at times, strong emotion connected with the pandemic was the fear of other people and what they might do to one. Other people might carry the infection and so potentially damage or kill. The feeling was that other people are dangerous, and this can include friends and family members. In turn, I might carry the infection and so inadvertently infect or kill others. This was especially powerful in the early stages – do not touch one another and keep your 2-metre distance apart. I can remember cycling along a narrow path beside the river Avon and worrying as cyclists passed coming from the other direction about whether I might have caught something. Anyone appearing on the tow path could then be seen as a potential murderer as we couldn’t keep 2-metres apart.

Paranoia in its extreme forms can put us in touch with the psychotic core present in each person. In a state of deep fear where the usual defences are not working or are weakened, we then withdraw and try to find a state of mind and place where we are free from further impact. Sometimes it seemed essential to stop listening or reading the news – keep away from others – shut down and so defend ourselves as best we could.

The rational balance to this was to understand that each person was sharing this same experience. There was an interconnectedness in that another person would potentially have the same fear of me as I had of them. This was the famous idea of ‘we are all in it together – solidarity’ – even though this turned out to not necessarily be the case. Once mask wearing became the norm how did this affect us? Again, it increased the uncertainty about the other person (their face was hidden – were they friendly or not) but also offered reassurance – the mask acts as a physical barrier in place between us. We have created the necessary distance and so there is some safety. The mask has acted as a container not only for potential germs but also for the fear of what the other person might do to one. And if we are both wearing masks then we are fellow sufferers – we have both known fear, and we are also both rational enough to take responsibility for the other person.

The emotional attraction in seeing those against wearing masks and anti-vaxxers was to quickly have an enemy – all the anger and frustration and fear could get channelled into those who were seemingly so irresponsible. Presumably those against vaccinations found venting all their anger and fear against scientists and those keeping to the rules helped channel their own overwhelming emotions. Enemies are sadly always useful because they save us looking at the angry and destructive part of ourselves. 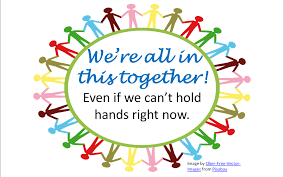 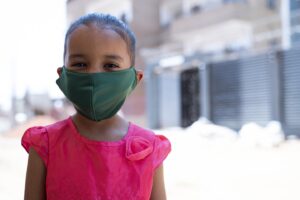 In the next few posts, I am looking to explore different emotional effects and affects resulting from the covid pandemic and the associated lockdowns and restrictions. This is from both the psychological and spiritual perspectives – some good and some more challenging.

Inevitably these are largely subjective but also, I think general. As I start to reflect on the last two years at a personal and collective level it seems that overall, the idea of holding and accepting opposite states of mind within oneself is important. I am beginning to realise that holding the tension of the opposites is in itself a spiritual practice. All of us have an emotional side and a rational side and both are needed at all times as both are valuable. It is of course, very difficult when our emotional side has taken us over to get back in touch with our rational side. The pandemic has been in part about learning to balance the emotional and the rational.

An early emotional state of mind that I experienced – along with many others I am sure – was uncertainty and not knowing what was going on. Thinking about the pandemic was anxiety making because quickly (in the early days) so little was known and so one was confronted with the limits of what there was to be understood. There was also misinformation which filled the gap caused by the lack of knowledge. Not knowing what is going on is also a state familiar from infancy and early childhood so inevitably there was unwanted regression, and this can evoke great anxiety as an adult.

One way of balancing the emotional state of uncertainty is a rational acceptance of limitation. As Wilfred Bion once said the term ‘Homo sapiens’ for human (wise man) is a self-inflicted decoration. Rather as the covid virus has revealed to us we need to scale down our expectations of what we think we can do to control events – especially when it seems that our very actions and relentless incursions into wildlife habitats have such destructive and potentially uncontrollable consequences. All theories are convenient, and make us individually and in society feel better, because they appear to make inroads into enormous areas of ignorance. We like to think we now definitely know about this or that – and so the ‘apparent ‘knowledge becomes final – but one of the effects of the virus was to confront us with the not-knowing and uncertainty – negative capability.

Two years on with vaccinations and much data the attraction would be to say that now we know about this virus and have dealt with this, but uncertainty and our vast area of ignorance remains. A spiritual truth would be to open ourselves to the infinite mystery of creation and accept our interdependence with life and for life in all its forms. 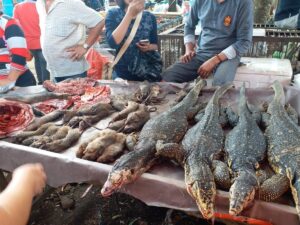