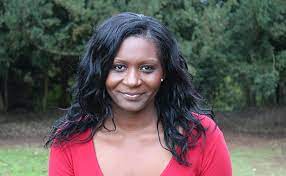 Chine McDonald in her important book ‘God is not a White Man’ explains that the faith of the Christian is based on the fact of incarnation – where God becomes human and dwells among us – as she adds ‘whoever “us” is’. For perhaps, inevitably converts create God in their likeness and this explains the many images of Jesus represented in different cultures – however white Western dominance, alongside globalisation, means that a white Jesus has crossed the cultural and geographical borders. She explains that this reflects the superior valuing of whiteness that then becomes a distortion of the Christian faith.

In her discussion of the uproar from some conservative commentators about the portrayal of God as an African American woman, and the Holy Spirit as a frail Asian woman with a Hindu name in the bestseller book The Shack by William P. Young, she sees that ‘the reason why, in some quarters, it feels so utterly heretical to think of God as anything other than a white man is precisely because we have made whiteness an idol.’

Psychology research shows that most people think God looks a bit like them – so our image of God includes an egocentric bias and this includes a belief that God may also think like us too. How we imagine God affects our spirituality, and, how we experience God. But when a Black woman only sees God reflected as a white man then she is further away and distant – questioning how she is made in God’s image. Mc Donald painfully describes how the church has colluded with pseudo-scientific and religious thinkers where Scripture has been manipulated and distorted to support white-supremacist arguments – suggesting that vestiges still remain of that. Her call is for the church to repent. Whiteness has to be ‘pulled down from its pedestal, so that justice and righteousness can take the throne.’ McDonald quotes James Cone: ‘The cross was God’s critique of power – white power – with powerless love, snatching victory from defeat.’ White power is a political ideology but it is a falsehood ‘based on the arbitrary notion that white people are at the top of the hierarchy because they possess some innate worth that those of other hues do not.’

And as for the church, when Christ is portrayed as a white man, the consequence is that it aligns itself with the dominant and the powerful rather than siding with those who are forgotten and cast aside. ‘The countercultural act of portraying God as Black makes both a political and theological statement about who God is.’